Running in Place or Winning the New Race? 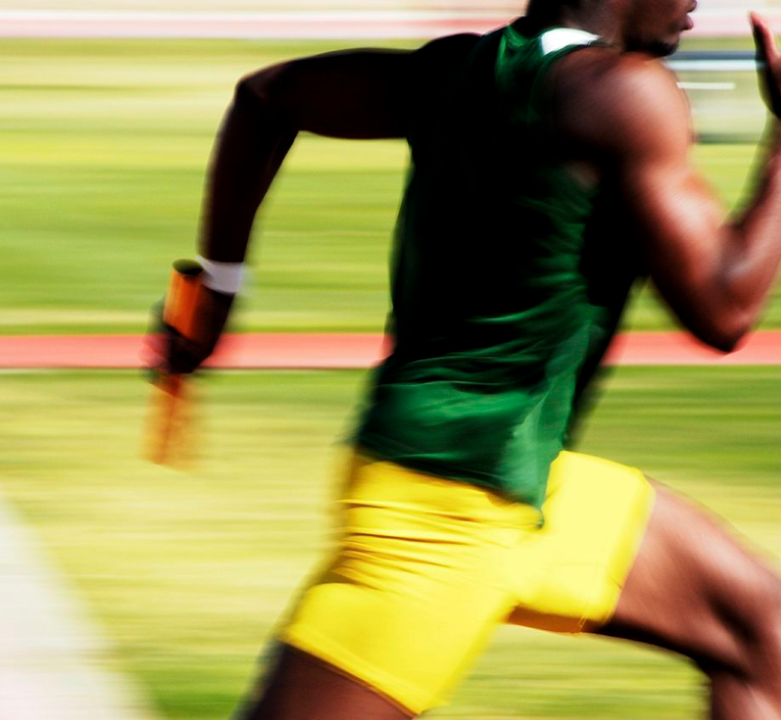 Running in Place or Winning the New Race?
Article

My generation of baby boomers is used to doing things a different way, but that doesn’t mean our way is still better. Older isn’t always wiser or more capable.

My generation of baby boomers is used to doing things a different way, but that doesn’t mean our way is still better. Older isn’t always wiser or more capable.

Last week my teenage daughter complained about a teacher who yelled at her for being on her phone while they were writing reports in class. “I was doing research!” she explained. Last month, my husband noticed that she had left the instruction manual for something she was assembling on the kitchen table and chastised her for not follow the directions. “I’m watching a YouTube video on how to put it together!” she replied. Last night I asked her about the compliance training she had received at her part time job, and she said “We had to spend half a day watching boring videos; I don’t even remember what they were about!” Today I suggested she call a college admissions office to get some information she needed, and looking at me like I have three heads she said, “Why would I do that? I’ll just tweet them.”

That about sums it up, doesn’t it? As new generations are joining the workforce, age isn’t the only thing that has changed. The differences in communication, learning and management of information as we move from one generation to the next are more extreme than ever before.

When I started working as a teenage baby boomer, fashions and music were different than my parents’ and their parents’ generations but the office workplace and how it ran was basically the same. Policies and procedures were kept on paper in filing cabinets. Team meetings took place around a table. Everyone worked at a desk. Supervisors were the font of all knowledge needed to do the job. This was all as true in 1970 as it was in 1920 for most office workers. The pace of change was slow for fifty years.

In my first job after law school in the early 1980s, we worked on basic “word processors” with some memory functions (well, our secretaries did), and there was no such thing as a fax machine or a computer database in the office. We did our research using books and the new computerized case law search terminal was considered a modern miracle, even though it basically worked the same way as a casebook indices search; just faster and with less walking around in the firm library. Within a short ten years, we moved through several iterations of desktop computers, intra-office networks and email to laptops, cell phones, internet research capabilities, mobile devices, instant messaging, and social media. As companies began to put technologies in place to support core compliance processes in the 1990s, they thought they could plan and build out what they would need for the next twenty or thirty years. Oops.

Throughout the first part of this millennium, the pace of change continued to advance and it seemed as if every time we implemented something new, it was already out of date by the time we had it up and running. Some businesses felt like Alice, running as hard as she could just to stay in place during the Red Queen’s race in Lewis Carroll’s Through the Looking Glass and What Alice Found There.

For those who were born in the mid-1990s and since, the so called ‘millennial generation,” things are different. They have always been constantly connected by technology so they are comfortable sending text messages, listening to a podcast and looking up information online, all while working on a critical project. They use social media to connect with co-workers and collaborate on projects online, so they don’t feel the need for phone calls or as many in person meetings.

Their comfort with technology and the ability to instantly look up whatever information they need, complete with comments and examples from peers and experts, makes them want supervisors who are more mentors than instructors. They feel less need to remember details of policies or procedures because they know they can find the snippet of information they need at the time they need it. They have superior knowledge in some realms, and they want to be heard and valued as part of the team, not treated like a fungible commodity.

Companies today need to provide their employees with the resources they need in the formats and through the delivery methods they prefer to use. I can’t guarantee that what we design today will still be right tomorrow, in fact I’m sure it won’t be — but if we take one lesson from the millennial generation, it should be to welcome change that makes us more connected and more capable. Adapting is what will let us stop running just to stay in place and allow us to win the new race and break through the looking glass to the other side.

We’ve published a new infographic in the GRC Illustrated Series about addressing compliance communications for the evolving workforce. Check it out.