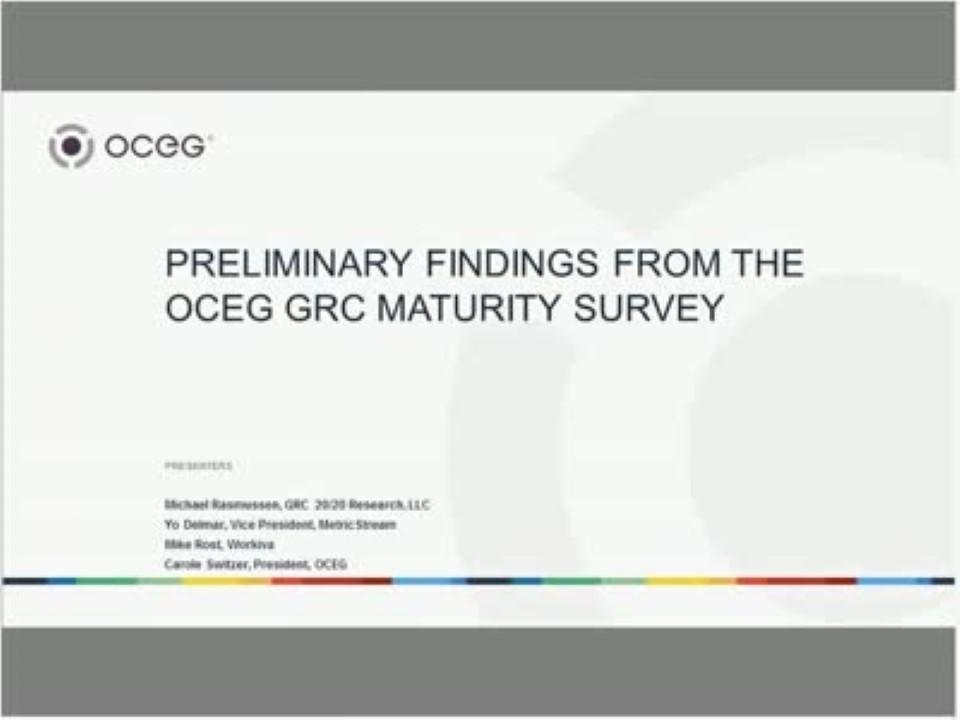 to access
Preliminary Findings from the OCEG GRC Maturity Survey

to access
Preliminary Findings from the OCEG GRC Maturity Survey

We have emailed instructions to access Preliminary Findings from the OCEG GRC Maturity Survey to . Make sure the email arrives in your inbox: either add "support@oceg.org" as a safe sender to your email platform, or if you use Gmail, drag our email into your Primary tab.